Please visit the "News" section of our website to read information related to court procedures implemented as our nation is impacted by COVID-19.

Appointments are first-come, first-served and must be scheduled and paid for before the date of the ceremony. Time slots will not be added once all appointments are booked.

Prior to the ceremony, couples must obtain a marriage license from Summit County Probate Court. They then must pay a cash-only ceremony fee at the Akron Municipal Court Clerk’s Office in Room 837 of the Harold K. Stubbs Justice Center, located at 217 S. High St. The fee is $25 for those in the court’s jurisdiction, Akron, Fairlawn, Bath, Richfield, Springfield Township, Lakemore and the Summit County portion of Mogadore. There is a $40 fee for those residing outside the jurisdiction.

After paying the fee, couples should take their receipt to Room 901 in the Stubbs building to secure a time slot.

No professional photographers are permitted.

It has provided the community with a venue for quality entertainment and live performances for over seventy years.

During that time, hundreds of thousands of people have been thrilled by various theatrical presentations, both on stage and on screen.

The theater was built in 1929 by Marcus Loew and designed by famed theater architect, John Eberson. The interior structure was fashioned after a Moorish castle featuring Mediterranean decor, including medieval carvings, authentic European antiques and Italian alabaster sculptures.

Among facilities of its size, the Civic is one of only five remaining atmospheric theaters in the country where patrons experience a twinkling star-lit sky and intermittent clouds moving across the horizon, all while sitting inside the auditorium.

As one of the finest examples of Greek Revival architecture in Ohio, the Mansion is now a historical house museum whose objects and rooms not only bring to life the Perkins family's lifestyles over three generations, but interpret the history of Akron and Summit County from Akron's founding to the turn of the century. Descendants of the Perkins family continued to occupy the house until 1945, when it was sold to the Summit County Historical Society.

The Perkins Stone Mansion will feature a collection of vintage wedding dresses to accompany the events.

The Perkins family was instrumental in the development and progress of many city and county aspects including the Ohio & Erie Canal, Pennsylvania & Ohio Canal, Akron Rural Cemetery (Glendale Cemetery), Summit County Agricultural Society, the BF Goodrich Company and the Mary Day Nursery (Akron Children’s Hospital). Mary Rawson Perkins and her daughter, Mary Perkins Raymond, were part of the original ladies group forming the Akron Day Nursery for children while mothers worked at the dawn of the Industrial Revolution. Col. George Tod Perkins gave funds to establish the first structure and the day nursery was then named for his granddaughter, Mary Perkins Raymond. 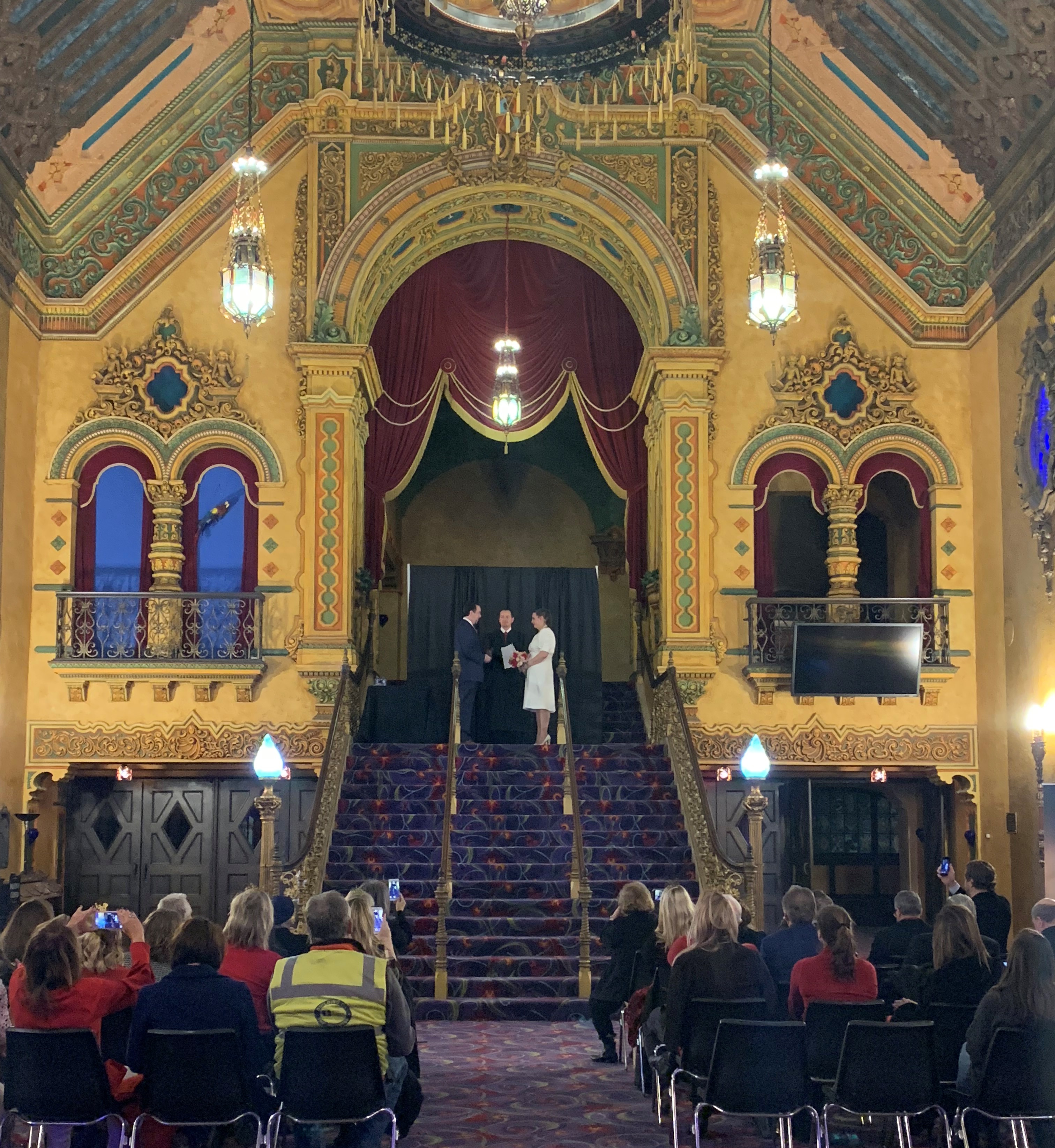 Mr. and Mrs. Tom and Tia Farmakidis were married at the Akron Civic Theatre on Valentine's Day 2019