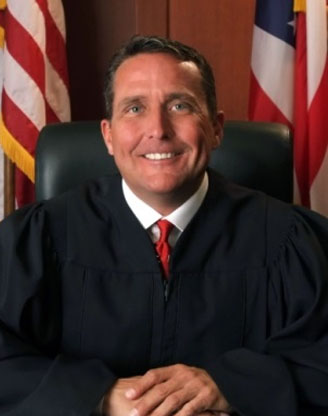 Judge Jerry K. Larson, a lifelong resident of Akron, graduated from Harvey S. Firestone High School. He then graduated from The University of Akron with an undergraduate degree in Business Administration and received his law degree from The University of Akron School of Law. Prior to becoming judge, he served The City of Akron as Assistant City Prosecutor, Police Legal Advisor, and Chief Assistant City Prosecutor. Judge Larson has served on the bench since August 2009, and was elected to the bench in November of 2009 and re-elected in 2015.